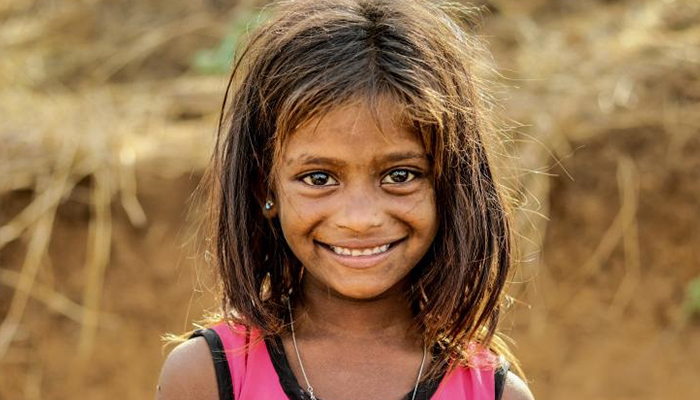 At some point or other in our lives, we all discover something that changes our life completely. I  discovered mine some 10 years ago on a Mumbai local train.

Late one night in Mumbai, I was returning home from work. I was rushing to board the last train that was due in about 3 minutes at Marine Lines station. I had to climb several steps and cross over an overbridge from the East side of the station to Platform No. 1 which was on the West side. As I hurriedly climbed the steps, I saw a frail woman in ragged clothes and two poorly-dressed children aged around 12 and 3 struggling to climb the steps. Worried that I would miss my last train, I moved ahead.

Soon, I stopped midway and wondered if that lady and children were also trying to catch that train. I walked down and approached the lady and asked her if she was trying to board the train. She said ‘haa’. I told her that the train would be there any moment and that she needed to rush. She just nodded.

I tried to move ahead, but couldn’t as I was sure the little family would miss the train as the lady was obviously in pain. Neither could I wait there as I could also miss the train and be stranded at the station for the rest of the night. But I also didn’t want to leave them there in that cold December night. I was in a dilemma.

Soon, I don’t know how, but I mustered up the courage and asked the lady if I could carry her. Surprisingly she said, “yes”. Without wasting another moment, I just grabbed the lady and carried her in my arms. She must have weighed just about 30 kilograms. As I walked up the steps and crossed over the overbridge and walked down the steps to platform no. 1 with her in my arms, I asked her who she was and what she was doing there at that hour.

With much effort between coughs, she told me that she was a widow and that she suffered from tuberculosis and had come to a hospital in Marine Lines with her children and was returning to her place in Virar, a far suburb of Mumbai. She said she was feeling very weak as she had not had anything that day and that was the reason she struggled to climb the steps.

By the time we landed on platform No. 1, the train had arrived. I put the lady and the children at the door of the lady’s coach and gave her some money and rushed to my coach. After about 40 minutes of journey, I alighted at my station and to find out about the little family, I walked towards their coach. I saw the lady sleeping along with the little baby lying on her belly.

But I was not prepared for what happened next. The elder girl was sitting next to them as though to keep guard. Soon she spotted me and as soon as she saw me, she lifted both her hands, folded them like a ‘namasthe’ and gave me an angelic smile that remains etched in my memory forever. I was mesmerised by that beautiful smile and I stood on the platform motionless as the train passed me by.

I have never seen a more beautiful smile or a face in my life than that of that little urchin-like girl. Wasn’t that little girl expressing her gratitude for what I did for them?

I thought why not work to earn more such smiles? Later on, when I founded A BRIDGE Over Troubled Waters to take care of families that have lost their breadwinners, I chose this line as the credo of our little initiative that “There is no greater happiness in life than wiping a tear from someone’s face and be the reason for that person’s smile.

Friends, the real happiness is not what we earn materially. Running for such material possessions is sheer waste of time. If you can touch someone’s life meaningfully and be the reason for that person’s smile, your purpose in this life is served.

PrevPreviousAre They any Lesser Indians?
NextI Wish All Doctors were Like Him:
A Tribute to DoctorsNext