Sushmita walked… no she ran. She was worried she would collapse on the way. Her heart beat faster than the number of steps her legs were taking in a minute. She called out the names of all the saints she knew. She prayed to her God… “Lord, please, please keep him safe. Take my life if you must, but please spare his…”

Sushmita was running to the hospital where her husband was brought in after he met with an accident. She hadn’t seen him since he left home at 5.30 in the morning as he always did to collect newspapers from the newspaper truck that arrived at the village square, near Kottayam in central Kerala every morning. He and a few others would sort the newspapers and start distributing them to houses on his bikes. He would return home by 8 am and have his breakfast with their three children – daughter Asha doing her 1 PUC, sons Anand studying in Class 10 and Aman studying in class 7 – and then drop them to their schools on his bike.

Ever a busy and industrious person, after his newspaper distribution work he would lease land and do farming after taking loans. Poor crop due to adverse weather conditions almost every other year made his job a lot harder, but would never kill his resolve.

He would respond with a smile to his wife’s suggestion to take it easy and not work so hard and say, “You know, there’s a thrill to work when I know that I am able to help fulfill the dreams of our children.” Their children were very good at studies, the eldest scoring around 90% always. Now doing her 1 PUC, her dream was to become a doctor and he had encouraged her saying, ‘You focus on your studies baby and I will focus on earning to help you fulfill your dream’. The fact that he had to take care of a family of six that included his sick mother, his wife who suffered from high diabetes, his three growing children, and repay the housing and farm loans did not bother him. Or at least he did not show it.

Sushmita soon spotted many familiar faces as she entered the compound of the hospital. There was a milling crowd and clutching the rosary beads in her hands she rushed to the emergency section of the hospital. People made way for her but she had to wait outside the emergency door along with everyone else. People talked in hushed tones. Soon the door was opened and a doctor walked out and as someone introduced her to the doctor, he just held her hands and told her she could go in and see him.

One look at the disfigured and motionless face of her husband made her realise that her world had come crashing on her. All that she remembers next was lying on a cot with her two sons sitting beside her weeping and the eldest sitting on a chair motionless. She learnt from others that her husband was knocked down by a passing truck and he had fallen face down on a sharp iron rod which pierced one of his eyes and entered the brain and had bled to death with no one to attend to.

Sushmita knew life was practically over for the family. She felt a vacuum within herself. Some relatives and friends visited her and consoled as people always do. When she thought of the responsibilities ahead, the education of her children, repaying the family loans, meeting the medical bills of herself and her mom-in-law, she felt the world spinning around her. Making it worse was the fact that her eldest daughter had stopped talking to anyone due to the trauma. She would just sit in a corner of her house brooding. For a few weeks there were a few relatives and friends who would come home to spend some time with the family. Soon their numbers dwindled.

She realised she had to act and no longer remain in mourning at least for the sake of her children. She decided to pick up the pieces. She found out that they had a housing loan outstanding of Rs 11 lakh and a farm loan of Rs 3 lakh. All that she had was Rs 3.6 lakh collected by the village well-wishers after her husband’s death. She took her daughter for counseling which lasted for months.

Now the bills started piling up and banks sent notices. She approached the banks with a request to waive the farm loan or at least the accumulated interest but to no avail. She had to choose between educating her children and making ends meet and repaying the loan. She chose the former and is leaving things to her fate and God.

And God visited her in the form of BRIDGE (to use Sushmita’s words) which agreed to send her a regular amount for their sustenance and educational fees. She lost her mom-in-law a year ago. She has to look after the financial and emotional needs of her children. The eldest is doing her third year BSc, the second is doing his graduation in visual communication and the third has just entered college.

Yet, Sushmita is a more confident person today, thanks to the efforts of BRIDGE which not only provides for the family but also checks on them and makes them feel that they are not alone and that they have the BRIDGE family to count on. Says she, “It is after BRIDGE entered our lives that we felt that we have some people to call our own and share our problems with. We are looking forward to life with renewed hopes.” 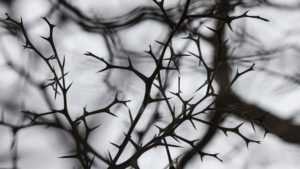